To be a Center of Excellence in Research in the field of Disaster Risk Reduction and Community Development Studies in Bhutan.

Background
Due to the geomorphological and tectonic locality, Bhutan is prone to earthquake disaster and had witnessed several medium and large earthquakes and one of them was in the year 2009 of magnitude 6.3. The epicenter at the central Eastern District of Bhutan caused major destruction to the individual properties and to the public infrastructures. Apart from the earthquake, flood both flash and riverine are common in Bhutan during summer. Bhutan has witnessed several major flood disasters in the past. 25 – 26 May 2009 incessant rainfall precipitated by cyclone Aila caused all major rivers to swell (source: Bhutan Disaster Knowledge Network). Again Landslide is another common natural disaster in Bhutan. Due to the high intensity of rainfall, weak and fragile geology, seismic activities and intense human encroachment, the Bhutanese mountain slopes are being prone to landslide, particularly during monsoon. Bhutan has been witnessing alarmingly high rates of urban growth, many a time unplanned and not conforming to the building codes.

The socio-economic conditions of the region add to these layers of vulnerabilities, thereby exposing the communities residing in the areas of high seismic, flood and landslide risk to impending dangers of loss of life and property. In view of the possibilities of catastrophic consequences in Bhutan arising due to these natural disasters, that may affect neighboring countries at a time, it becomes imperative for the countries to pool together their resources and expertise, especially in the field of science and technology, to respond to the increasing threats from these disasters and make the communities resilient. Taking the lead in bringing together the progress in disaster risk reduction, College of Science and Technology is want to establish a Center for Disaster Risk Reduction and Community Development Studies under the aegis of Royal University of Bhutan (RUB). The outcomes of the Center might include recommendations for disaster risk assessment, mitigation and the three R’s (response, recovery and reconstruction) in all sectors related with the development of Bhutan to maintain the Gross  National Happiness (GNH). The Center will work as a constitution of Expert Groups to help the issues of hazard assessment in Bhutan; training and capacity building activities; developing a regional attenuation model and to develop guidelines for first-cut hazard-zonation in Bhutan. 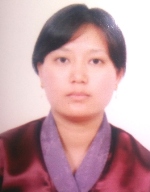