Experiences of teaching at Royal University of Bhutan

The Bhutanese IT students are among the most attentive we ever have met. This is my conclusion, as well as the conclusion of my colleague Kristina von Hausswolff, after having been teaching students at the Bachelor of Engineering programme in Information Technology at the College of Science and Technology (CST) at Royal University of Bhutan (RUB) for approximately two weeks in April 2019. The college is situated in Phuentsholing, in the south-west, about 5 km from the Indian border. We were there as a part of an EU sponsored (Erasmus+ International Credit Mobility, ICM) programme between the IT department of CST and our home department, Uppsala Computing Education Research Group (UpCERG), Department of Information Technology, Uppsala University.

Our teaching concerned research methodology within IT and computer science, as well as IT ethics and professional ethics. Kristina and I had a great time and immediately felt like a part of the CST family. We also believe, right or wrong, that the students enjoyed our teaching. Working with the Bhutanese students is very similar to teaching our Uppsala students (who are, in fact, a blend of students from all over the world), at the same time, a completely different experience. The Bhutanese students are certainly shy, but are very attentive and were listening to the very end of our lectures. We had been told that they probably would be too shy to discuss. During the first lectures, this was true. But already during the third lecture, we had discussions on different ethical systems, where contributions from the students formed the basis for what was said in the classroom. But in general, the Uppsala students are more used to discussing and are more out-going. The classroom was also very calm: No computers, no telephones, very little small talk between the students.

This, of course, contributed to a good learning environment for lectures like ours. In other situations, I would say that this could be a disadvantage, as it could encourage the students to become more passive listeners.
As the basis for our teaching was IT/computer science, much of what we talked about in the classroom demanded a good understanding of these topics. Here, it was clear that they were good students; and that they had learnt the computer science that was expected at their level.

Socially we also had a great time in the CST family. We explored some of the good restaurants of Phuentsholing, were taken on guided tours in the local area, both by the students and by our colleagues, and were invited to one of the students yearly entertainment activities, a dance show, called “Bes of CST”. There are great talents among the students. While Kristina had to return to Sweden earlier than me, I also went to Sherubtse College, a college under RUB outside Trashigang in eastern Bhutan. This visit was also very productive and the students were equally inspiring to meet.

The exchange is a part of a wider exchange programme between CST and IT at UU, aiming for mutual learning. One more colleague from Uppsala, Ulrika Jaresund, will visit CST next spring, while two enthusiastic lecturers from CST, Karma Wangchuk and Yeshi Wangchuk, spent a week with us in Uppsala in May, and two more, Tsheten Dorji and Tandin Wangchuk, will come this autumn. Student exchange is also a part of the collaboration. Four CST students, Kinga Seldon, Tshering Yangchen, Tshering Gyeltshen and Tshering Penjor, will go to UU and one UU student, Jonathan Lindroth, is going to CST during the coming semesters. We have applied for EU funding to extend the collaboration, but the outcome of our application is still not ready. Given this success, we are planning to apply for future joint development and research projects of the kind where the different competencies of the two institutions contribute to the whole.

We are certainly happy and feel enriched by our teaching period, during which we learned a lot. We also believe that the students enjoyed our guest teaching. However, this is hard to say for us, as the students always show polite and friendly faces. Both Kristina and I are planning to go back to Bhutan and particularly to CST, as we hope and believe
that this collaboration will intensify.

This article was initially published in Swedish in a similar version in Druk Yul, the magazine of the Swedish-Bhutan Society, http://swedish-bhutan-society.org/.

Anders Berglund
Uppsala University
Sweden
This email address is being protected from spambots. You need JavaScript enabled to view it. 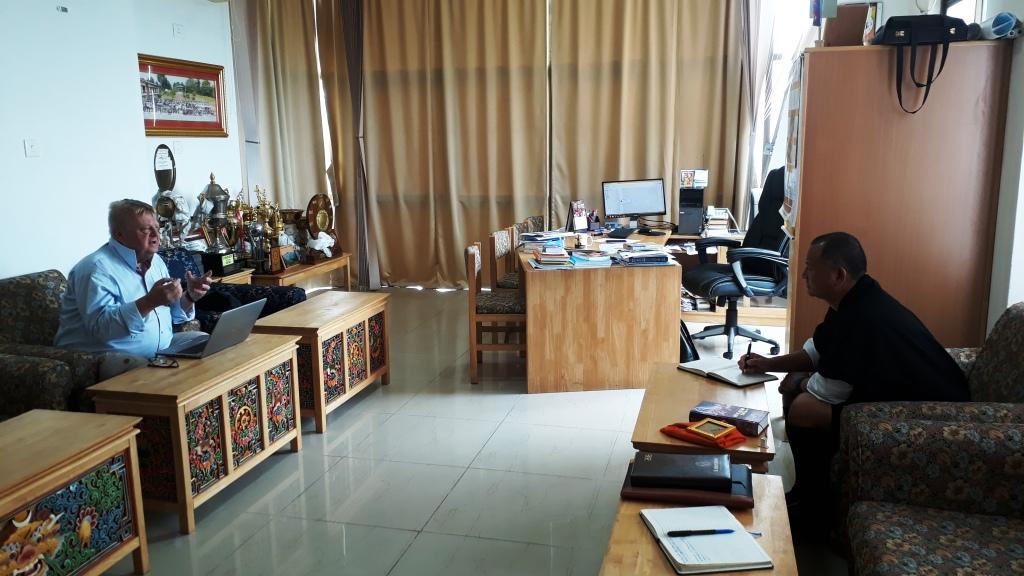